For 77 years, the USTA Boys' 18 & 16 National Championships have taken place in Kalamazoo, Michigan at Stowe Stadium. This tournament is the single most important event for outstanding junior tennis players in the United States. Ten days of intense, tough, inspired tennis earn for each of the ultimate winners in singles and doubles the cherished title of United States National Champion. As a testament to the incredible tennis played here, the 18s Champions in Singles and Doubles receive an automatic bid to the main draw of the U.S. Open Tournament. 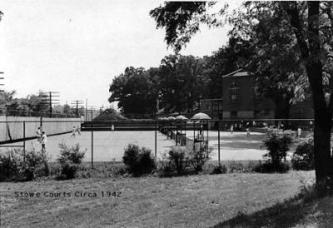 • 1943-1946 - Tournament played on five Grasstex courts next to the railroad tracks where the Anderson Athletic Center is now located. Player entries totaled 90. No admission was charged for the tournament.

• 1946 - To prevent losing the tournament to another community, Kalamazoo constructs a new stadium, at a cost of $5,000, and names it for Dr. Stowe. Tournament moved to its present site; the surface of the nine courts was red clay. Admission was charged for the first time - $1.20 for semis and finals. Player entries grow to 112.

• 1953 - The first broadcast of the tournament finals by WKZO-AM radio.

• 1957 - Rolla Anderson succeeds Tournament Director Dr. Stowe, who was fatally injured in an auto/pedestrian accident on the campus of Kalamazoo College.

• 1961 - Rain falls on five of the seven days of the tournament. The National Doubles are played indoors in the new Field House for the first time. Singles Semifinals and Finals are both played on the same day, Sunday, because of the frequent rain delays.

• 1962 - The USTA increases maximum age for younger age division from 15-and under to 16-and under. The USTA recognizes Kalamazoo College for its role as tournament host for two decades.

• 1963 - This marks the last Nationals in Kalamazoo to be played on the nine red clay courts of Stowe Stadium.

• 1964 - Stowe Stadium rededicated after Teniko red clay surface is replaced by green-and-white all-weather Laykold courts. Lights are added with a total of 438 1500-watt bulbs on eight steel poles; lights were turned on during the Exhibition for the first time ever. No admission is charged for the inaugural night session at Stowe Stadium. Entries grow to 243. To spark public interest, season ticket prices are reduced from $5.50 to $3.

• 1970 - Tournament length expanded from seven to nine days, season tickets hiked from $5 to $10 for adults. Patron seats under the canopy are $25 for the length of the tournament.

• 1977 - Ramesh Krishnan is the first foreign entry to win 16 and under division singles title.

• 1978 - Foreign entries are no longer eligible as the tournament changes from "Open" to "USTA National" classification. The Wild Card selections are instituted by the USTA.

• 1980 - ESPN televises the tournament for the first time.

• 1981 - The Tennis House is converted into the gymnasium.

• 1987 - The Tournament has been played at Kalamazoo College for 45 consecutive years and is honored by USTA President Gordon Jorgensen.

• 1989 - David Markin makes history: in his first term as President of the USTA, he serves as the Official Referee of the Nationals for the 15th year. It is the first time in the history of the USTA Nationals that a USTA President has doubled as a Tournament Referee.

• 1992 - The community celebrates 50 years of the Nationals in Kalamazoo. Events include the return of former champions for a Friday night Exhibition of Doubles. A statue of a young tennis player hitting an overhead, created by noted Kalamazoo sculptor Kirk Newman, includes plaques attached at the base honoring Dr. Stowe and Rolla Anderson. An anniversary book is written by Bob Wagner: The Nationals...and How They Grew in Kalamazoo. ESPN and USA cable television networks filmed tournament features for future use.

• 1993 - Following the 1993 Tournament and after 37 years as Tournament Director, Rolla Anderson retires and is succeeded by Timon Corwin. Corwin, a NCAA Division III Singles Champion while a student at Kalamazoo College who also graduated from Marquette University Law School also succeeds his mentor George Acker as the Men’s Tennis Coach at K-College.

• 2003 - USTA President Alan Schwartz states, "This Tournament is the class of junior tournaments in the world." Schwartz does not foresee the Nationals leaving Kalamazoo under his or any succeeding presidency.

• 2004 - The USTA allows Pros in the tournament for the first time, providing they meet the age requirements. The Tournament is once again designated the USTA Boys’ 18 & 16 National Championships, a change back to pre-2000, when it was christened USTA Boys’ 18 & 16 Super National Hard Courts.

• 2005 - Chair umpires are assigned to all matches for the first time in tournament history. Jim Courier and company film a movie, working title: The Nats at the Zoo during the tournament. 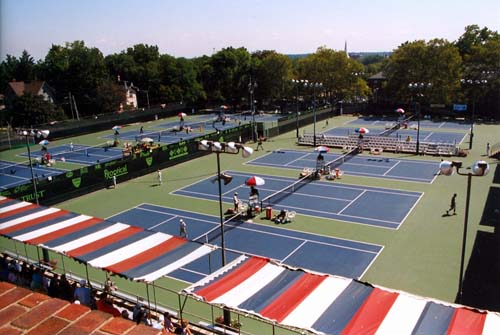 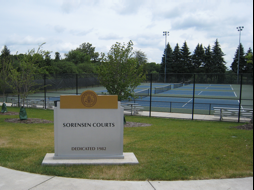 • 2007 - Western Michigan University's twelve lower courts were renovated and surfaced with Deco Turf II Blue. This makes available 31 excellent US Open-quality hard courts that are the best in the world. Jim Courier’s documentary film, Unstrung: The Movie was premiered for the players & community. This marks the last tournament for Official Referee David Markin, and Tournament Director Timon Corwin. Mark Riley, Kalamazoo College Alumni and a NCAA Division All American, is named as new Tournament Director. 2007 also marks the 65th anniversary of the Tournament in Kalamazoo. Timon Corwin and David Markin’s photo profile plaques were added to The Winner sculpture by Kirk Newman. The Walk of Fame path from Stowe parking lot to the statue was added with bricks inscribed with the names of Volunteer “Green Jacket” recipients. History boards featuring 65 years of memorable players were produced and displayed at Stowe Stadium; Bob Wagner wrote a brief historical chronicle of the Nationals from 1943 – 2007. 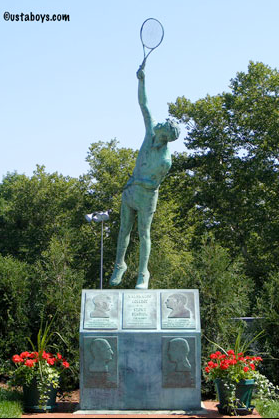 • 2009 - The Fischer Tower at Stowe Stadium receives a complete renovation. Originally constructed in 1946, The Tower has had only minor updates over the years. Additionally all eleven courts were renovated and resurfaced and the sound system was completely upgraded. Assistant Director Dr. Brian Garman, inventor of The Garman System, a widely-used computer system for scheduling matches, was inducted into the Intercollegiate Tennis Association Men's Collegiate Tennis Hall of Fame housed in the Henry Field Stadium - University of Georgia.

• 2010 - Stowe Stadium outfitted with new mesh canopies over the seating area as well as a new tower public address system.

• 2011 - Persistent rain during three of the 10 days forced match delays and moved matches indoors. For the first time, the USTA mandated a 10-minute break between second and third sets for all 18s.

• 2012 - Kalamazoo College resurfaced all 11 courts at Stowe Stadium as well as the parking lot. New fencing was also erected for the first time in 50 years.

• 2014 - Website live streaming of featured matches on Courts 1, 2 and 3 was provided throughout the Tournament.

• 2017 - The community celebrates 75 years of the Nationals in Kalamazoo. Former players Andy Roddick and Michael Russell returned to a sell-out crowd for the Rx Optical/Greenleaf Trust & Greenleaf Hospitality Exhibition. Roddick won the 1999 USTA Boys' 18 doubles national championship and was the 1998 runner-up in the Boys' 16 singles tournament. Russell won the 1994 USTA Boys' 16 national championship.

There have been many dramatic moments and matches in the USTA Nationals, not all of them in the finals. Here are a few:

In 1956, Rod Laver, considered by many to be the finest player ever to perform in the tournament here, fought off 12 match points in a three-set, first round match with Oklahoman Don Brewington in 18-and-under singles before advancing to the finals to defeat Chris Crawford, Piedmont, Calif., in straight sets.

When Pete Sampras first appeared in Kalamazoo he was short (5 feet even) and slight (88 pounds) but did not lack determination. In the second round of the 16-and-under singles he carried No. 8 seed T. J. Middleton, Dallas, Tex., three sets before losing in a tournament-record five hours-23 minutes, 6-7, 6-4, 18-16. Sampras was just a few days shy of his 13th birthday.

The most dramatic match in the memories of long-time viewers of the Nationals was the 1968 18-and-under semifinal singles confrontation between Bob McKinley and the popular Dick Stockton. McKinley won the two-hour nail-biter, 10-8, 12-10, in an era before the insertion of the tie-breaker in the tennis rules. The two players received a prolonged standing ovation from the gallery.

Jimmy Connors never won the 18-and-under singles title in the USTA Nationals. Although ranked as the No. 1 seed in the 1970 tournament he was upset in an exhilarating three-set semifinal (6-3, 4-6, 7-5) by eventual champion Brian Gottfried.

Tony Trabert, noted for his incisive commentary on network tennis telecasts, passed this way as a junior. During his 1948 singles semifinal against Gil Bogley he removed his shoes for better traction during the first set. Trabert, however, developed blisters by the time the third set rolled around and he was stunned by an underdog Bogley who went on to win back-to-back titles in Kalamazoo.

Maryland's Paul Goldstein in 1994 became the first player since Vincent Richards to win three consecutive singles titles in the USTA Nationals. Goldstein was the 16-and-under champion in 1992, and then added the 18-and-under titles in the next two summers.

The only time Andre Agassi competed in Kalamazoo, he won a title - in doubles. That was in the USTA Boys' 16 National Championships in 1985. With his two shades of hair - blond in the front and brunette in the back - he was already a tennis rebel!

After teaming with John Falbo, the unseeded duo stunned top seeds Jeff Tarango and David Wheaton, 6-4, 3-6, 6-4, to win the doubles crown before a sparse crowd. The next year, players at the tournament were laughing because Agassi was missing. He had turned pro. But they weren't laughing long - and when Agassi, ranked fourth in the world, returned to Kalamazoo to play in the opening night exhibition in 1988, an estimated crowd of 6,000, still a record, jammed into Stowe Stadium to watch him and No. 3-ranked Mats Wilander perform.

That's just one of the highlights of the Boys' 18 & 16 tournament, which marks its 67th year in Kalamazoo in August, 2009. The Agassi era has been unmatched so far, with players such as Pete Sampras, Jim Courier and Michael Chang moving on to stellar pro careers. Some of the lesser-known players also made for some memorable moments at the Nats in the 'Zoo. Last year, eventual winner Austin Krajicek and Ryan Thacher became the first two lefties ever to compete in the 18s final. It was the third year in a row that Thacher left Kalamazoo with the silver, not gold, ball.

In 2006, players competed for the first time on the new blue Deco Turf II, the same surface used at the U.S. Open.

Jim Courier returned to Kalamazoo in 2005 to film his documentary, Unstrung: The Movie, which followed seven junior players from the Orange Bowl, in December 2004, through the 2005 U.S. Open, in September. Much of the film centered on the path to Kalamazoo and footage from the 2005 tournament was included in the final product.

The 2004 tournament marked the first time pros were permitted to compete, and four of them took advantage of it: eventual 18s winner Scoville Jenkins, Brendan Evans, Phil Simmonds and Donald Young, who turned pro at age 14, celebrated his 15th birthday July 23 and, as the seventh seed in 18s, lost in the fourth round. Scott Oudsema, the first Kalamazoo-area player ever to be seeded among the top 10 in 18s singles, reached the finals as the fourth seed that year, losing to No. 3 Jenkins, 7-5, 6-1, 6-3. In the 2004 doubles final, Oudsema and Evans, the top seeds, lost to No. 2 Vahid Mirzadeh and Simmonds. Nick Rinks is still the only Kalamazoo-area player to win a title at the tournament. He and Mirzadeh took the 16s doubles crown in 2002. 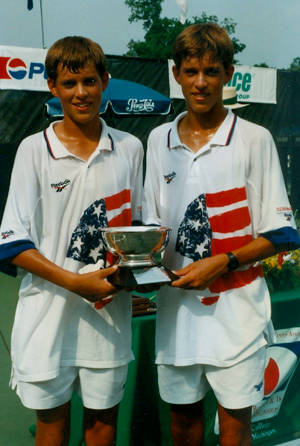 But when it comes to doubles, the most colorful team was Bob and Mike Bryan. In 1996, they became the first doubles duo to win back-to-back championships in any class since 1945-46.

Andy Roddick won a gold ball in Kalamazoo, but it wasn't in singles. In 1999, he and LeVar Harper-Griffith won the 18s doubles title. The year before, as the top 16s seed, he was upset by No. 3 Alex Bogomolov, 7-5, 4-6, 6-3 in the singles final. Roddick had planned to return to Kalamazoo for the opening night exhibition in 2001, but had to cancel after he turned in pair of major upsets in the Tennis Masters Series in Montreal. Mike Russell filled in and joined Taylor Dent for the festivities. 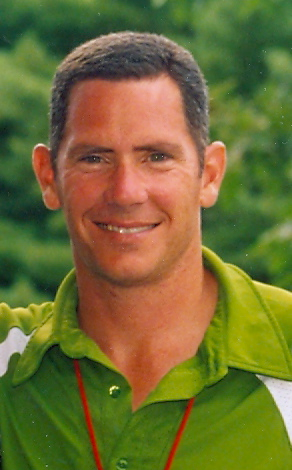 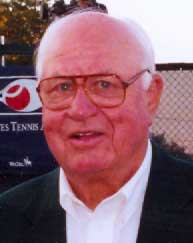 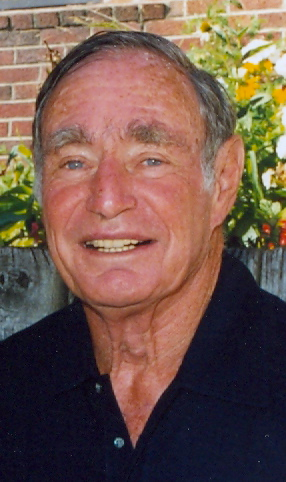 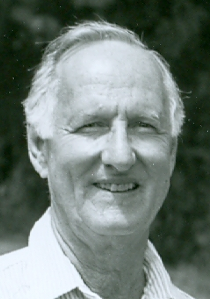 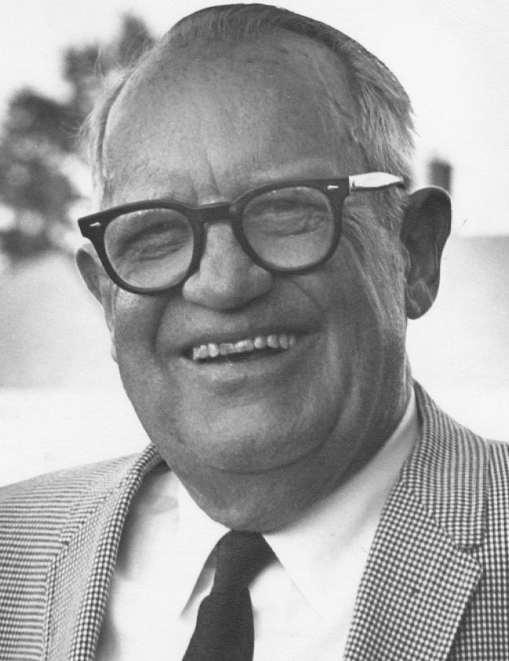 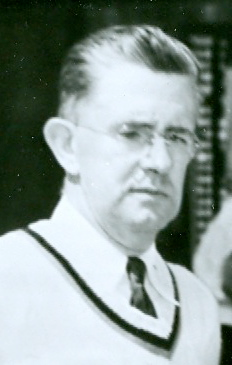