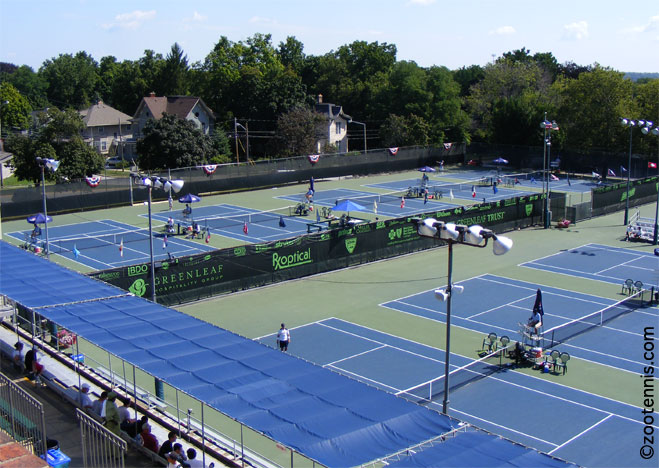 Second-seeded Vasil Kirkov (Tampa, Fla.) and Sebastian Korda (Bradenton, Fla.) won their second round match, but did not survive to the fourth round as Matthew Gamble (Webster, N.Y.) and Sam Turchetta (Pound Ridge, N.Y.) edged out a three-set win 3-6, 7-5, 1-0(8). Seven of the 16 teams in the fourth round in 18 doubles, which is scheduled to begin play at 3 p.m. tomorrow (Tuesday) are unseeded.

Day five’s schedule includes fourth round singles and doubles competition for boys 16 and 18 beginning at 9 a.m. at Stowe Stadium as well as round of 16 doubles matches in both divisions. One of the more anticipated matchups in 18 singles features the last two winners of Boys’ 16 Championships – No. 2 John McNally (Cincinnati, Ohio) vs. No. 30 Patrick Kypson (Greensboro, N.C.).